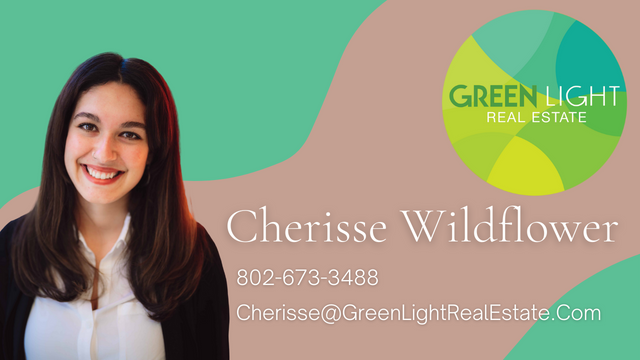 It’s easy to get caught up in the numbers of real estate. I’ve sold this many houses or sold a total of this much in real estate. Each sale has its own personality, and its own set of obstacles. Here’s an example of all that went into just one sale.

First-time homebuyers. This demographic has been hit pretty hard by the recent market we have seen over the past few years. Most first-time homebuyers don't have cash and typically take advantage of a first-time homebuyer program. First-time homebuyers are especially tricky in this market where it is not uncommon for a home to have multiple offers, depending on the location, sometimes as many as 12 (this is the highest number that I have personally experienced). So as you can see, getting a half a million-dollar cash buyer under contract on a home is not necessarily as triumphant as it sounds in comparison to a first-time homebuyer, offering a financed offer with 3-5% down.

I would like to share a success story of helping a young Vermont family become first-time homeowners. These buyers, like most with young children, needed to be in one particular town due to the school district that their child attended. The buyers’ budget was around $300,000, in a town that had an average sales price of over $400,000. The buyers looked at a number of homes, and even considered switching schools if that was what it would take to get a home under contract while interest rates were still low.

After many showings and many, many unaccepted offers, the perfect home came on the market, for under $250,000. This home checked all the boxes- it really was the perfect home for this family. We put together a strong financed offer with an escalation clause, an appraisal gap and a hefty earnest money deposit. Sadly, these buyers were not the only buyers looking for a home under $300,000 in the town where most home prices were up over $400,000. As we all expected, I received a call from the listing agent stating that the seller had decided to go with another offer. My buyers were sad, but understanding, as this was not the first call of its kind.

About two weeks later, the listing agent called and asked if my buyers were still interested in the home. The original buyers had backed out after the inspection period, and my client's offer was second best. Again, this offer was financed with much less than the average 20% down payment. My clients were thrilled! They were officially under contract… at least for now.

The home was listed as “as is” meaning that the sellers were not willing to make any updates or repairs to the home. The home inspection that the buyers opted to have, revealed a few things that needed repair. After some back and forth with the sellers’ agent, the sellers agreed to make the necessary repairs. The finance contingency was satisfied, there was no backing out for the buyers. If the buyers did back out, they would lose the large earnest money deposit that they had extended to the sellers when the home first went under contract.

As I mentioned, the offer was financed, which means that the lender will require an appraisal. The appraiser noted that the crack in the foundation needed an engineer’s opinion on whether or not the crack was a structural issue, or would lead to structural issues down the road. This threw a wrench in things, as engineers were fairly backed up at that time. I called over ten engineers from Orleans to Chittenden County and everywhere in between. I eventually found someone who would be in the area during the next week and agreed to come take a look. The engineer took a quick look, and wrote a letter stating that the crack did not appear to be causing any issues to the structure itself. Another hurdle jumped, the buyers were safe. At least for now.

The next problem came from the attorney. The home was in a living trust, one parent had passed the year before, one parent was alive, one of the two sons was overseeing the sale of the home, and claimed to be the  of the trust. However, there was no license from the courts to prove this. After much back and forth between the two attorneys, the listing agent and myself, and much confusion and frustration on the buyers’ part, the license was provided and we were ready to move to the next step!

One week before closing, the lender reached out to the buyers to let them know that they were conditionally cleared to close, as long as they could increase their down payment from 5% to 10% of the purchase amount. Although it was not ideal, the buyers were able to produce the funds and the deal made it to the closing table and successfully closed!

After closing, the buyers got right to work remodeling the home and making it their own. They love the neighborhood and have settled in quite nicely. They are pleased that they held out for the perfect home, in the town and school district that they know and love. I feel blessed to have been a part of this monumental moment.

When you or someone you know is thinking of buying or selling real estate, I’d love to count on you to pass on my name and contact information to them.