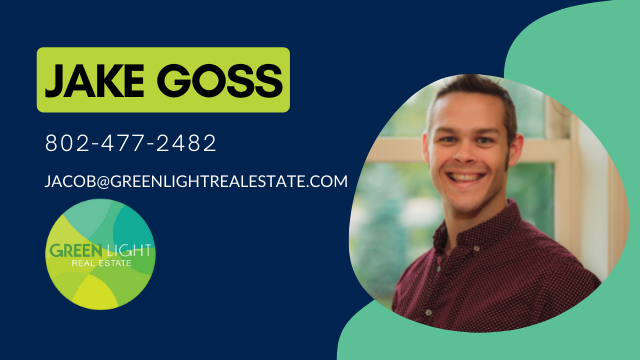 It’s easy to get caught up in the numbers of real estate. I’ve sold this many houses or sold a total of this much in real estate. Each sale has its own personality, and its own set of obstacles. Here’s an example of all that went into just one sale.

My clients had recently moved to VT from out of state, they had been leasing an apartment in the Burlington area but were wanting to be closer to Central VT. We met in the fall of 2021 out at a rural off grid home that was a bit too secluded for this quickly growing family. The winter saw a drop off in available listings, we went into a bit of a hibernation. Until, in the dead of winter, a gorgeous home built in 1987, tucked away on a private dirt road in Barre Town, with a massive master bedroom, boasting a double vanity bathroom with a jacuzzi tub for mom and dad, as well as the separate bedrooms these doting parents had been promising their two young kids. We made an appointment to go see it immediately. It had a few cosmetic blemishes and some outdated features, but the location, the awe inspiring views of Camel’s Hump and the potential of this home were all more than enough to peak their interest. We had been working with a local mortgage broker through the pre-approval process who was able to quickly draft us up a specific approval letter for this property. Wanting to have as few contingencies as possible while still protecting my clients, we decided to make the offer with a “Pass/Fail” inspection and we included an escalation clause that ended up being equal with the next highest offer. Ultimately, our offer was chosen over several others because of our limited contingencies and offer amount.

After our offer was accepted, the Buyers spoke to a few other lenders to compare mortgage options as we were nearing the high end of their budget, they were able to get a better rate from a different mortgage company. We quickly made the pivot to the new lender, I was able to get them all the necessary contract information to quickly get a new mortgage application started. With this better rate, my clients were projected to save close to $70,000 over the life of the loan!

A few days into the contract period, we had a home inspection done by a very thorough professional. There were more than just cosmetic issues found during the 4+ hour home inspection (it was a big house!) Some of the major concerns were; high levels of radon gas in the finished basement where the children would likely be spending a lot of time playing. There was a previous flooding event that had caused some mold growth in the unused areas of the basement. Some of the floor support columns in the basement were temporary in their intended use as well as not properly supporting the floor to the point of minor floor sagging. Being that these issues were unknown at the time of making the offer, they were a major safety concern to my Buyers as they would be for any family planning to move right in. After a few days of going back to the property with contractors who specialize in the work needed and gathering quotes, I was able to come up with a rough estimate of how much the necessary work would cost. I used these quoted estimates to have a conversation with the Listing Agent to convey that my clients continued interest in the house was now under some strain because of these issues and the cost to repair. They knew they had a buyer that would offer what we had originally offered. After some back and forth to the Seller and back to the Buyers, we were able to negotiate the purchase price down by $15,000 in a Seller’s market where we had beaten another offer only in contingencies because of our negotiation tactics and being upfront and clear about the issues and what the concerns were.

The sale of this property was being delayed due to a subdivision of the lot, a small piece of land abbuting the neighbors was being divided off and sold to the neighbor. Being that it was February at this point, we were being held up by the survey crew not being able to physically go out and place the new boundary markers. The Listing Agent and I worked diligently with the attorneys to keep things on track and I was able to communicate with the Buyer’s Lender to keep them up to speed as the rate lock the lender had offered was slated to expire soon which would make changing lenders to save money a moot point and a wasted time. We were eventually able to extend the rate lock as well as the closing by a few weeks to accommodate the boundary marking.

With a new closing date lined up, the Buyer’s lease on their Burlington apartment was now going to expire 2 weeks prior to closing. With rental inventory extremely limited, it was a stressful position for them to be in. Their only other option seemed to be to sign another year lease and hope to sublease the apartment if that would even be allowed. I was able to have a lengthy discussion with the Listing Agent who then conveyed the situation to the Seller. After quite a bit more back and forth about liabilities, etc., I was able to get an Early Occupancy Agreement included in the contract where my clients would be allowed to move into the vacant house 2 weeks prior to closing (1 day before the lease ended). The Seller was so happy with how things went and wanting to be accommodating, they ended up waiving the compensation we had agreed to for the early occupancy so my clients got their first 2 weeks in their new house for free!

Closing day came, the Buyers and I met at their attorneys office to go over the closing documents. Closing went off without a hitch, the Buyers were extremely happy to have made it to the finish line of purchasing a home they love and that they ended up not having to spend as much as they had initially thought on it.

"Jacob is AMAZING! We bought our family dream home in a tough market and could not have done it without him. He always answered our calls, was prompt, courteous, knowledgeable, honest, and hardworking. I could not imagine a better realtor and we recommend him to everyone we know. We worked with two other realtors before Jacob who treated us like we weren’t worth their time, and finding a home started to feel hopeless. Jacob was the opposite and was so helpful, diligent, and attentive. We can’t say enough good things - thank you Jacob!"

When you or someone you know is thinking of buying or selling real estate, I’d love to count on you to pass on my name and contact information to them.